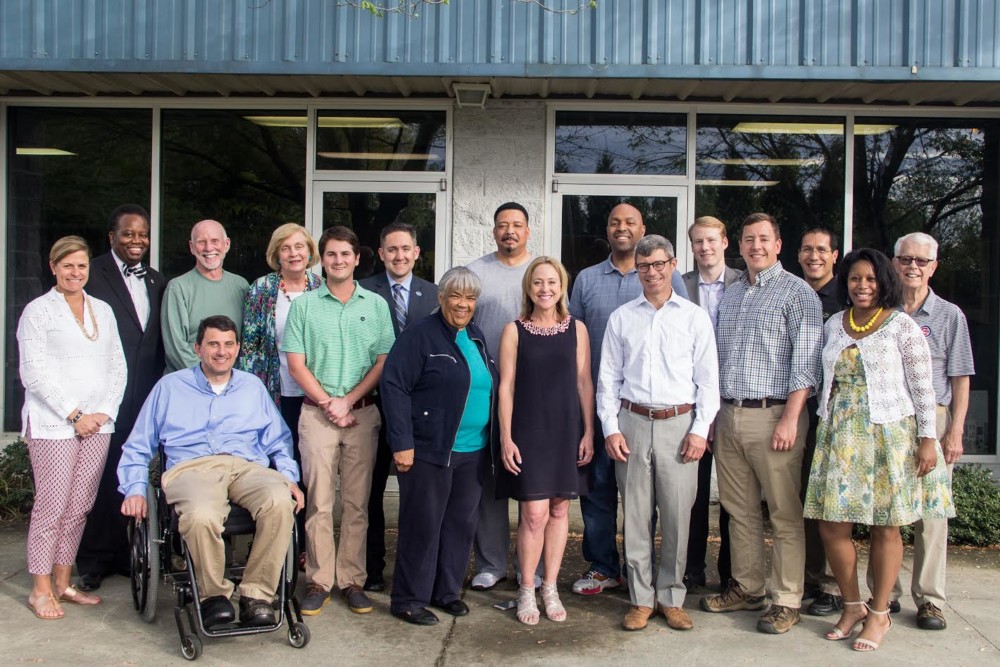 Sterling A. Wilder was selected as Jubilee’s Executive Director in 1998. He serves as a mentor and role model to Jubilee’s students and parents. He received a Bachelor of Science in Accounting from Virginia State University, a Master in Education from Lynchburg College, a Doctorate in Education from the University of Lynchburg, and completed additional study at Harvard University’s School of Business, the University of Virginia’s Management Development Program at Darden School of Business, and Morehouse College’s Leadership Center. He is widely recognized as an outstanding citizen and mentor to underprivileged youth and families and manages substantial volunteer, in-kind, and financial resources on behalf of Jubilee. In 2012, Mr. Wilder was featured in Lynchburg College Magazine’s Alumni News section for his accomplishments and for being featured on the Oprah Winfrey Network (OWN) in recognition of his selection as an “Every Day Hero” by Dollar General. The Dollar General “Every Day Hero” campaign focuses on people who have changed the lives of others by going to great lengths to better their community. In 2016, Mr. Wilder was elected to Lynchburg City Council.
swilder@jubileefamily.org

Antonio M. Davis, Sr. is a graduate of Liberty University and holds an M.A. in Human Services. He received his B.F.A. in Design from Virginia State University in Petersburg, Virginia and did Doctoral work in Forensic Mental Health at Walden University.  He holds memberships in the ACA, Gamma Omega Chapter of Omega Psi Phi fraternity, is a past member of the Social Services Advisory Board for the City of Lynchburg and a former CASA (Court Appointed Special Advocate) volunteer.  He was previously affiliated with Blue Ridge Counseling Group, LLC as a Domestic Violence Group Facilitator; Centra Health Child and Adolescent Psychiatry; and the Madeline Center as a Day Treatment Counselor, Mental Health Support Counselor, Intensive In- Home Counselor and Site Coordinator and received the Day Treatment Counselor of the year in 2012.
adavis@jubileefamily.org

Frisco Sandidge grew up as a Jubilee Youth, joining the Jubilee family while he was in middle school and establishing a strong networking system between himself and Jubilee. He participated in many Jubilee programs, including the Jubilee Internship Program. Frisco graduated from Delaware State University with a degree in Sports Management. Before coming home to Jubilee as Athletic Director, Sandidge played basketball professionally in Europe as a member of the Luxembourg Team, where he won a Division Championship. He has also played basketball professionally in Italy, Iceland, Ecuador, and Trinidad.

Hannah Tillotson is a graduate of Lynchburg College (now the University of Lynchburg) with a B.S. in Environmental Science. She also has an A.A.S. in Science from Central Virginia Community College. Hannah has much experience working with and educating youth. She has been involved with 4-H ever since she could be enrolled, and spent many years teaching classes at 4-H camp. Hannah previously partnered with Jubilee in her position as Lynchburg’s 4-H Program Technician, under Virginia Cooperative Extension. Before coming to work for Jubilee, she worked at the local Soil and Water Conservation District as their Conservation Educator, which covered Appomattox, Amherst, Campbell, and the City of Lynchburg.

Eddis Tucker Payne is a graduate of American National University with an Associate Degree in Business Administration and a graduate of Liberty University with a Bachelor of Science in Christian Counseling. Payne was recently accepted into the Master’s Program of Human Services at Liberty University. She has volunteered with the American Red Cross and Gleaning for the World, and served as Deacon of Calvary Baptist Church for three years. She previously worked in two financial institutions for a total of 32 years.